Recently, a customer hired Tozato Measurements reporting cracks in their product in a particular strand. The cause was unknown, so the work was to investigate the possible problems that would lead to cracks formation.

The procedure consisted in analyzing the internal condition of a 180 mm x 180 mm copper mould which was being used, and checking its conformity to the desired taper and profile. 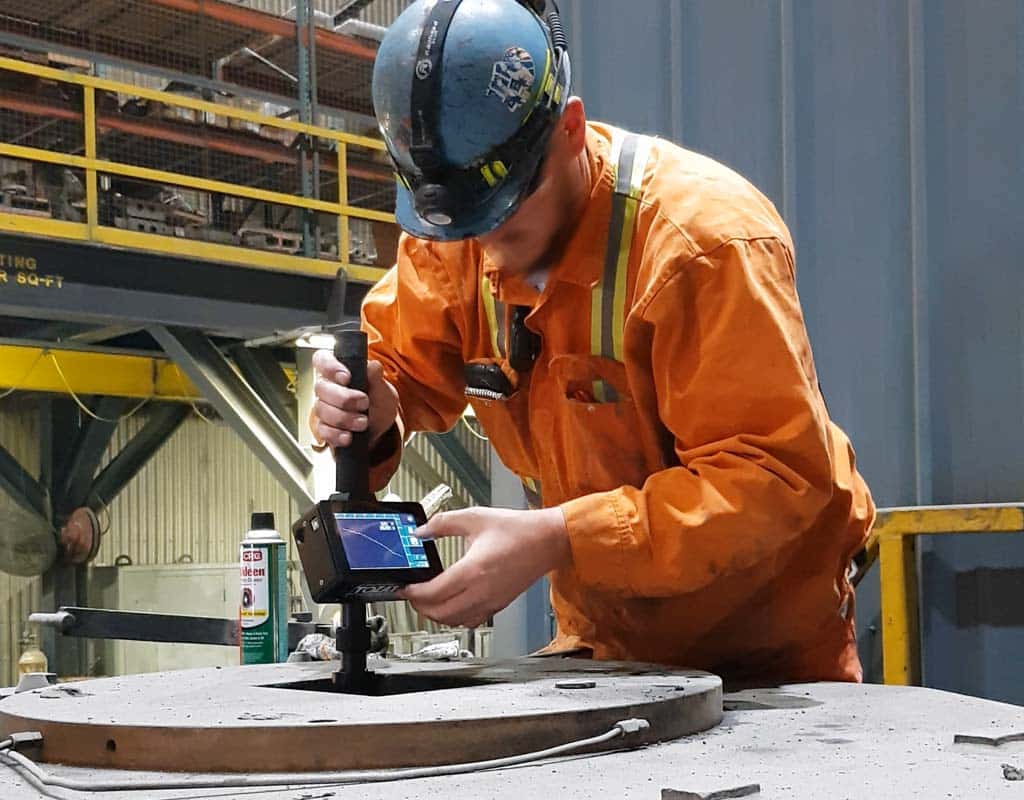 A mould profilometer system was used to check a 180 mm squared mould profile with a service lifetime of only 50 heats. The readings were performed for both straight and curved face.

Firstly, the data was collected for the straight face and Figure 1 shows a screen from the equipment software which abnormal and deformation is visible in the meniscus region. 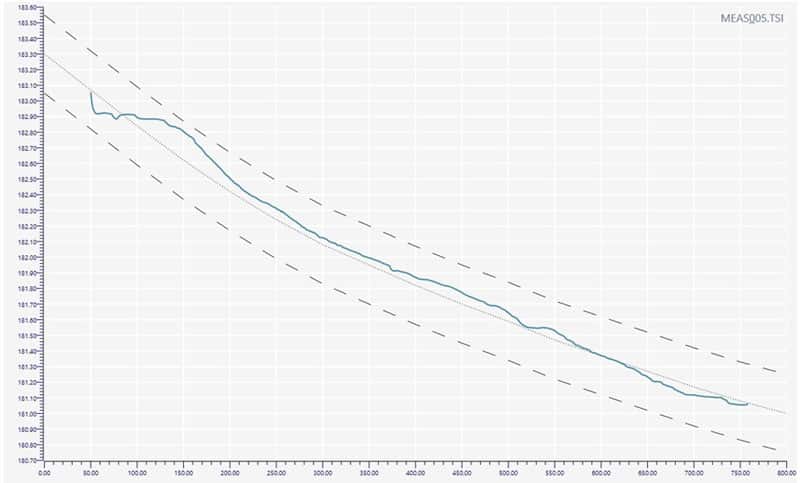 Deformation found in the meniscus area for the straight face. 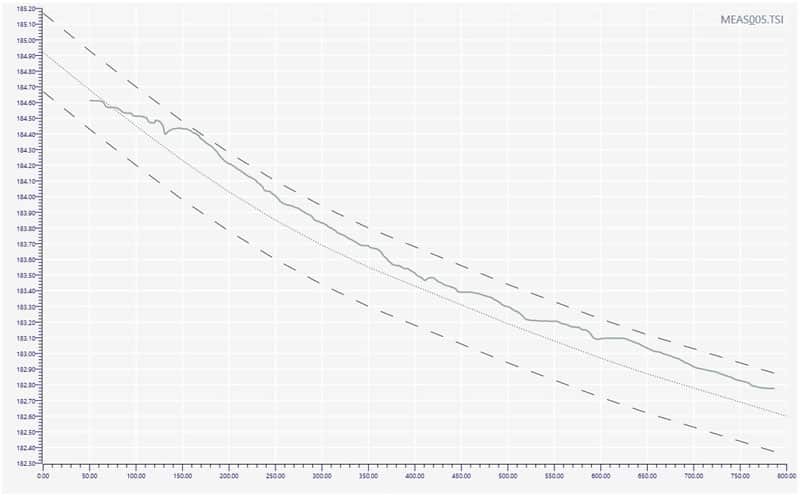 Deformation found in the meniscus area for the curved face.

Thus, both straight and curved faces of the mould presented accentuated deformation in the meniscus, which can easily explain the cracks on the product. However, some more investigation was needed.

Once found noticeable deformation in the meniscus area of a copper mould with only 50 heats, a concern was raised towards the mould condition previous to the casting moment. Was the mould already worn when first put in operation or was the mechanical conditions of the oscillator that caused the deformation?

Thereby, measurements were done in an identical brand new 180 mm x 180 mm copper mould, with no heats performed, which allowed to collect the data presented in Figure 3 and Figure 4. 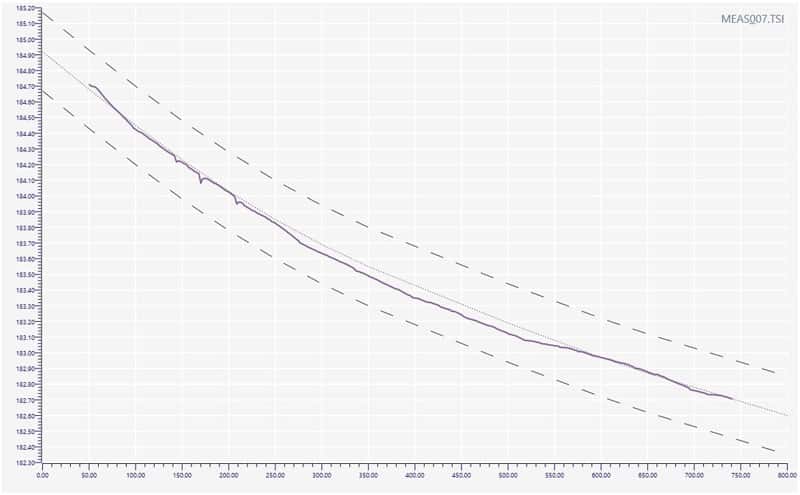 No deformation found in the straight face of the brand new mould. 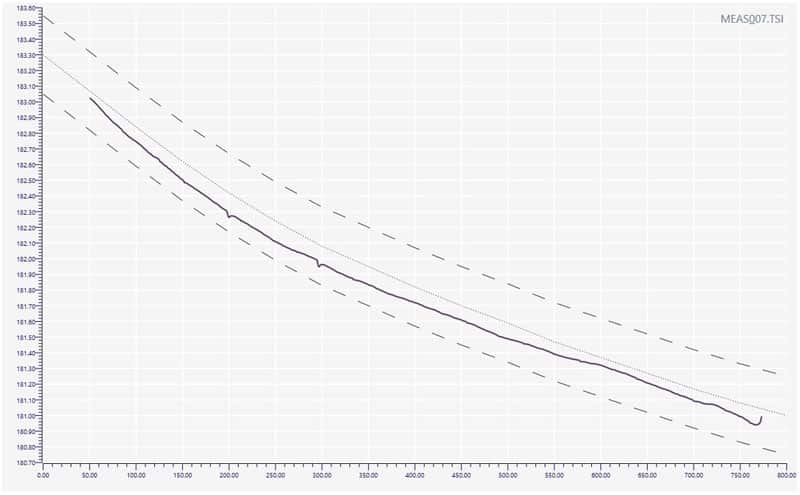 No deformation found in the curved face of the brand new mould.

Once identified that the straight and curved faces did not present deformation in the meniscus for the brand new mould, the customer started investigating the possible causes for the deformation in the particular region, following the orientations of which would be the most appropriated tool for this purpose.

Meniscus deformation is considered a critical abnormality which leads to serious problems in the product quality. The company needs proper tools in order to be able to prevent issues such as prematurely worn moulds or undesired taper for the specific steel grade. Thus, only with the possession of appropriated technologies, it was and it is possible for the customer to identify the real cause of the problem. 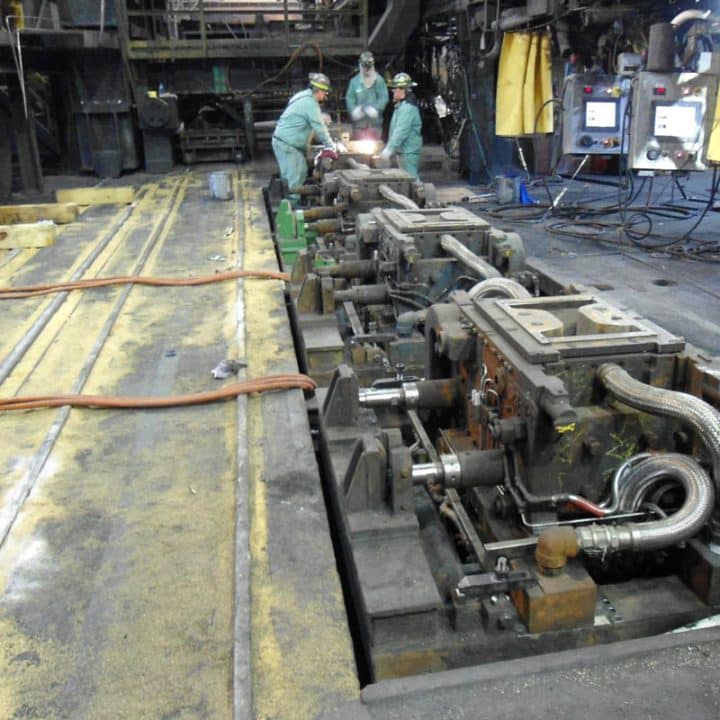 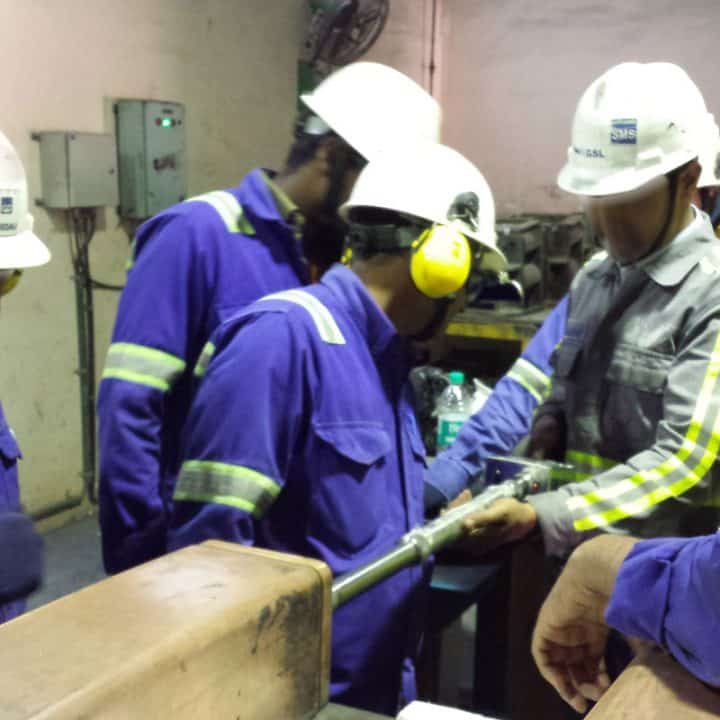 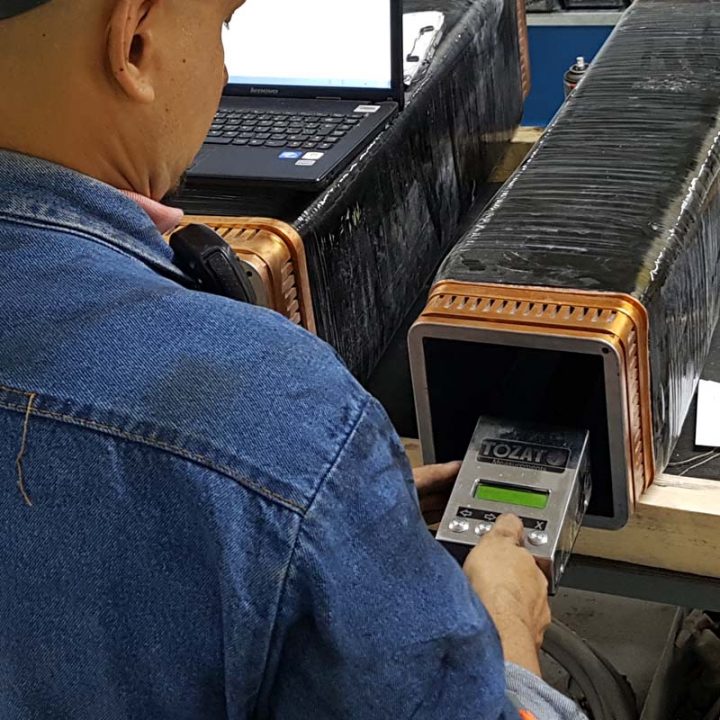 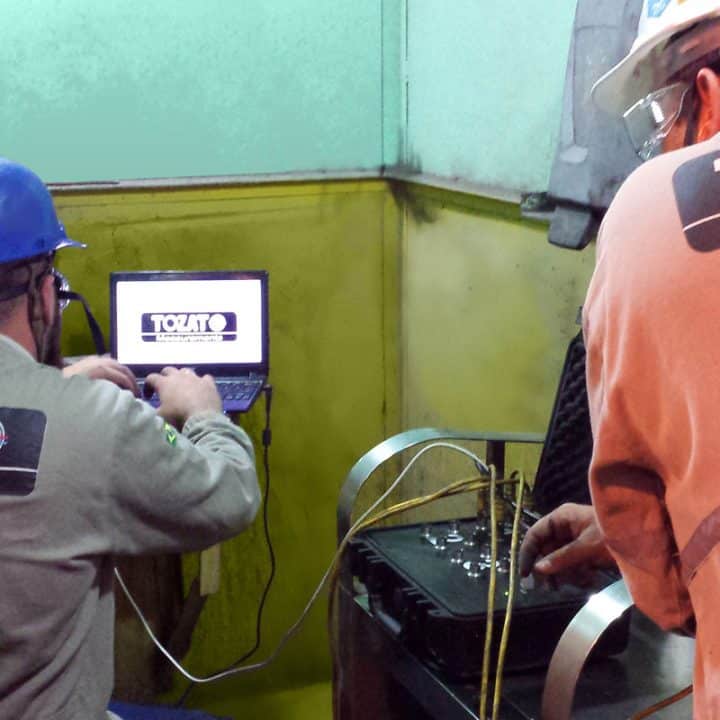 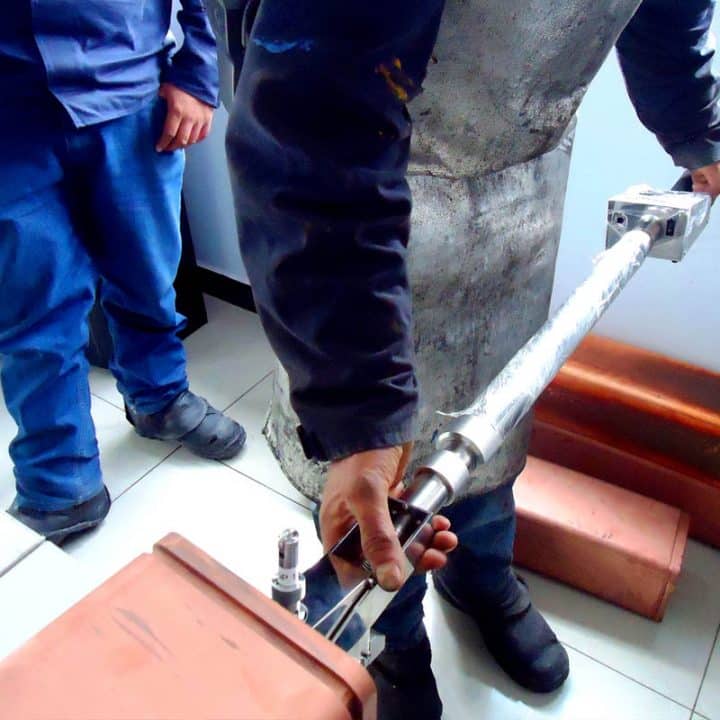 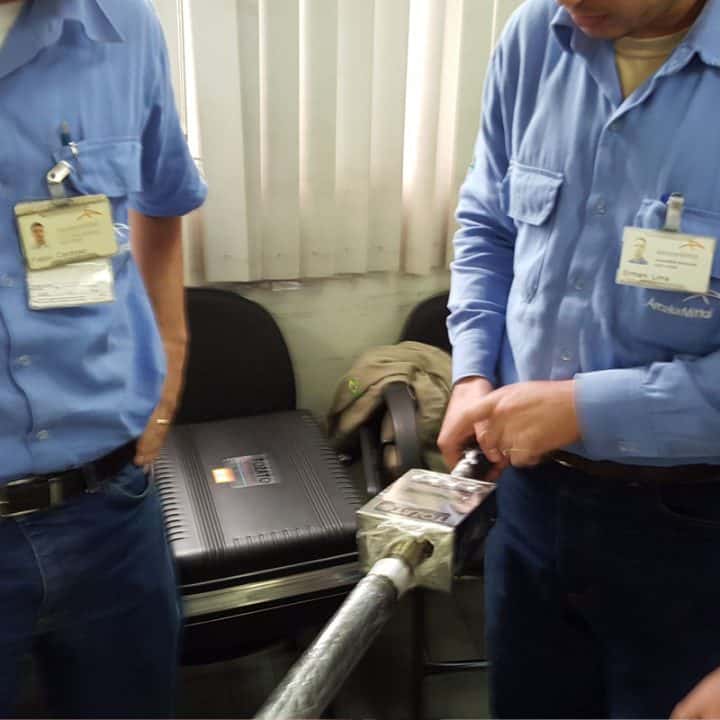